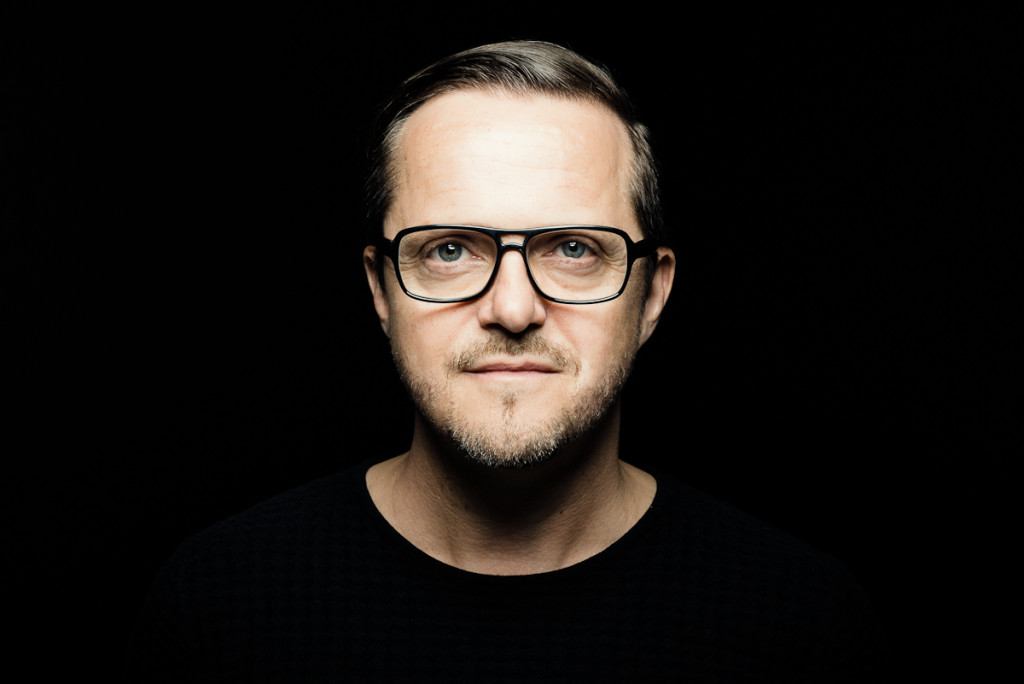 Lively force of Quebec’s artistic milieu, Harold Rhéaume built a prolific, accessible and authentic work since his beginnings in Le Groupe de la Place Royale in 1989. Intuitive, admirative of Fred Astaire’s work, he suggests a sensitive and expressive dance. An author’s dance, theatrical and aesthetical, charming throughout Quebec, Canada, France, Belgium, Scotland and the United States. The artistic director and general co-director of Le fils d’Adrien danse contributes greatly to the progress and the promotion of contemporary dance in the area of the national capital and beyond.

Graduated from L’École de danse de Québec, he joined the prestigious company Groupe de la Place Royale in Ottawa where he learned his profession as a choreographer while performing the works of many renowned artists. After five years in Ottawa, he migrated in 1994 to Montreal in order to work as a performer and a choreographer. He will dance for seven years the works of Danièle Desnoyers, Louise Bédard, Hélène Blackburn, Estelle Clareton, Sarah Bild, Daniel Soulières and Isabelle VanGrimde.

At the same time as his profession as a performer, he would refine his own choreographic vocabulary through personal creation with FATRAS, SES PROPRES AILES, HYBRIDE, TROÏKA, PICTURE SHOW 1 and 2, THE TEN COMMANDMENTS, ÉPITAPHE presented at Tangente, L’Agora de la danse, Danse Cité and La Place des Arts.

He returned to his hometown to found his company Le fils d’Adrien danse in 2000. Three years later, it became the company in residency for La Rotonde, Quebec City’s contemporary choreographic center. Partners in every step, they developed together many structuring projects for Quebec’s dance community as la Maison pour la danse which officially opened in September 2017.

The quality of his artistic work, his initiatives and his multiple talents were often rewarded throughout the years. In 1996, the Canada Council for the Arts awarded him the Jacqueline Lemieux prize to honor the promising, thoughtful and humane characteristics of his work. Amongst his numerous collaborations in dramatic works, two brought him a Masques award: Antigone from Brigitte Haentjens in 2003 and On achève bien les chevaux from Marie-Josée Bastien in 2007. In 2008, it was Conseil de la Culture de la Ville de Québec’s turn to award him with the Cultural Development prize.

For 17 years Harold Rhéaume worked in a remarkable way with a rare dedication for the long-term development in the art and the community by taking action in creation, in transmission and in local and worldwide cultural action. Whether it is by his research and his work in contemporary dance, by the training, the teaching or the mentoring, by the important impact of his company on Quebec City performer’s employability, by his involvement in many mediation and public development projects, by his active contribution in the development of coherent structures for the community as la Maison pour la danse, by defending the interests of this discipline as the president of the RQD from 2014 to 2017 or by working to mutualize resources with other organizations from the community (L’Artère), it is undeniable that he established himself as a real pillar for Quebec’s dance community.