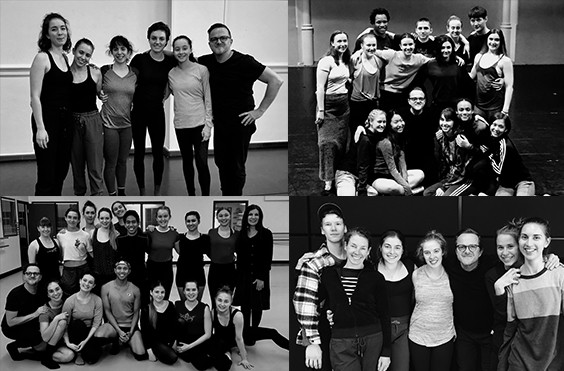 It has been a few months that Harold is travelling around Canada to create ION, a project for 40 young performers from four professional dance schools. This project is usually presented in Ottawa during the Festival Danse Canada, but this year the show will be held at Winchester Street Theater in Toronto the 8th of June 2018.

The inspiration for ION emerged in May 2017 during the creation of a work for the 15 students of L’École de danse contemporaine de Montréal. Parts of the original work will be kept for this new version as well as the costumes by Sarah Dubé and parts of the music composed by Pierre-Luc Lecours and Gabriel Penido. The rest of the music will be created by Pascal L. Asselin (Millimetrik).

The participating schools are:

Harold wishes to thank Lucie Boissinot and all the team from L’École de danse contemporaine for their great contribution in the making of this project.